How to select a Plastic injection mould supplier?

How to select a Plastic injection mould supplier?

The major reason that American and European companies source plastic injection moulds in China is price, at the end of the day that is the major factor. However if we want to have a feel good discussion and ask what to look for when selecting a Chinese injection mould supplier we can look for the following:

How to be a good troubleshooter of injection moulding?

I was an injection moulding trouble shooter for eight years, and in my job today I come across good and bad ones all the time. You can see very quickly which is which I have seen a lot of articles about taking people with boat loads of experience, in principal I would agree, but be cautious that the experience is not blinding the person to think they know it all.

The big part missed is a good communicator. The problem being an injection moulding trouble shooter is you can be called in to solve a problem and by fixing it the people originally working on can be put out joint, the trouble shooter can be seen as critic of their work quality. So the best injection moulding troubleshooting expert is someone who can work with the people to solve the problem and not need to be seen as the hero taking limelight.

How to minimize sink marks of injection moulded parts?

You will never cover sink marks up with the paint, they will appear worse than they do on the plastic part. There are a few good way to check for sink on a part before painting. these are:

How to Increase/Decrease Injection Moulding Shrinkage?

The reasons of warpage in injection moulding

Warpage is usually caused by moulded-in stresses. The issue of warpage is related to being a semi crystalline material, HDPE, being semi crystalline polymer, will have differential shrinkage along and across the flow leading to warpage. It is difficult to eliminate this problem just by optimizing processing parameter. If use of multiple gates is possible, that might help multidirectional flow leading to lesser warpage.

The two areas that will have greatest affect are injection mould temperature and gating being both location and type. Not knowing configuration or flow difficult to give specific advice, but think of the part on a molecular scale. Imagine the surface of part being interconnected crystals with cooling starting at coldest surface of injection mould which will be multiple points and spreading out in a circular shape all within fractions of a second. You want the coldest surface possible and repeatable and a flow front that fills mould as evenly as possible. The more even the flow front in relation to part configuration from one side across to other and a plastic injection mould surface temperature that is a uniform temperature will minimize warp. There are some design tricks that would also minimize warpage but you may past that point. As to type of gate, as large as possible so you are not adding heat through shear. Also monitor melt temp at nozzle, looking for lowest temp that will enable complete mould fill.

How to predict injection mould shrinkage?

Injection mould technologies seminars may help mould companies to educate their people. But I think that each injection mould shrinkage problem you face in real life is caused by too many effects that one rarely can keep track of it.

How to choose mould flow software, Autodesk or Mouldex?

Both are highly developed and very capable products. Either one is much, much better than no process calculation at all. In that sense, you can’t go wrong whichever one you choose. That’s just as well, because it is going to be difficult to answer the question in a truly informed manner. There can be few if any people who are equally fluent and experienced in both systems, under industrial conditions.

A niche product such as injection moulding process simulation needs support by industry experts who can hold their own on the factory floor as well as at the keyboard. I think Autodesk’s CAD reseller channel struggles to deliver that. I am just an onlooker now, but I get the sense that Mouldflow has stalled, and all the momentum is with Mouldex. Certainly, over the last few years, I have read and seen quite a lot about Mouldex and almost nothing about Mouldflow. It is just a niche for Autodesk but it’s core business for Mouldex.

Venting can be one of the most important parts of an injection moulded product. Many engineering materials like PBT (Polybutylene terephthalate) have a tendency of out-gassing. The best practices that I have to date are:

A really old trick to ascertain whether the injection mould has an inherent venting problem or not, and this trick is somewhat dependent upon injection mould construction so must be evaluated as applicable on a case by case basis (more about this at the end) is to use shipping tape, or masking tape, depending upon the gap desired laid across the injection mould major parting line to artificially "spread" the mould and create a vent gap. Evaluate the fill in the taped v non taped shots without making changes to the injection moulding process settings.

How to cooperate with China injection mould manufacturers?

If you plan to make moulds outside of the United States, and you don't have an international patent. Remember you have no legal means of stopping someone in China from building a second set of injection moulds and producing your product and selling it in say Australia, Japan or Europe, quite possibly before you roll it out in the United States.

A lot of problems come from communication and working habits from my experience actually. Many injection mould manufacturers in China can't speak and listen English very well, it may be the biggest reason of causing some problems. If communication no problem, Chinese manufacturers are very much willing to do everything possible for their customers.

Chinese injection moulds cut major corners on water, mould steels, unless you really get after them to use good mould steels. I have seen Chinese plastic injection moulds that literally warp in the press because their injection moulds are the softness of lead. I have seen well-made Chinese moulds, but again, the materials used have been sub-par. The delay in communications is also an ongoing problem. That's one reason I use America, UK or Italy over China -- never have to worry about any of the things previously mentioned. The only reason that Chinese injection moulds remain more competitively priced is the fact that the country pegs its currency to the dollar, so you never see the true cost. In the near future, the Chinese will not be able to continue pegging their currency to US dollar especially when the dollar is getting trashed by our own government. Because of this weak dollar policy, it makes everyone except China very expensive. Yet, for our European friends, it makes US made stuff cost competitive. However, even with our virtually worthless currency, I still get 25-30% less costly tooling in Portugal. 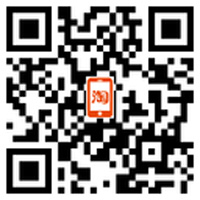